Poem – The Wolves Are Closing In 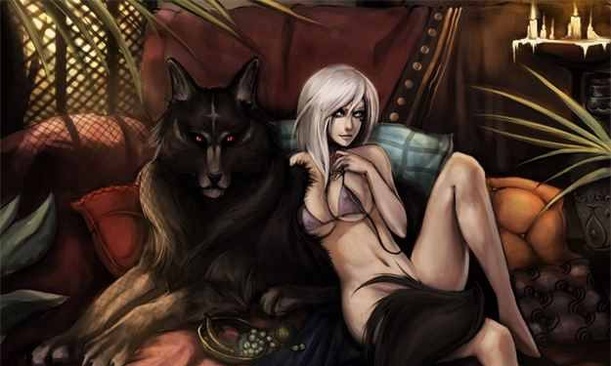 Their eyes, they crave the carnage
as they flee their ancient den
They can taste my fear approaching
now the wolves are closing in

…and the wolves shall always win

C. Derick Miller is a dark fiction author, Gonzo journalist, freelance A&E  journalist, screenwriter, poet, ordained minister, and ASCAP songwriter born in the town of Greenville, Texas. A seasoned paranormal investigator and administrator for the fine art industry, his influences include Hunter S. Thompson, Kevin Smith, Shawn Mullins, and Del James. He is currently signed with Death’s Head Press and is Sr. Writer/Jr. Producer for AtuA Productions. Chad is also an active member of the International Thriller Writers organization, the Horror Writers Association, and co-host of both the “Butterflies Make Me Angry” and “American Justice” podcasts. He resides in the Bishop Arts District of Dallas, Texas and has a price on his head for his short story “Hell Paso” contained in the #1 Amazon Best Selling Death’s Head Press Anthology “And Hell Followed”. He wishes he was making up that last part but…it’s nice to be wanted.