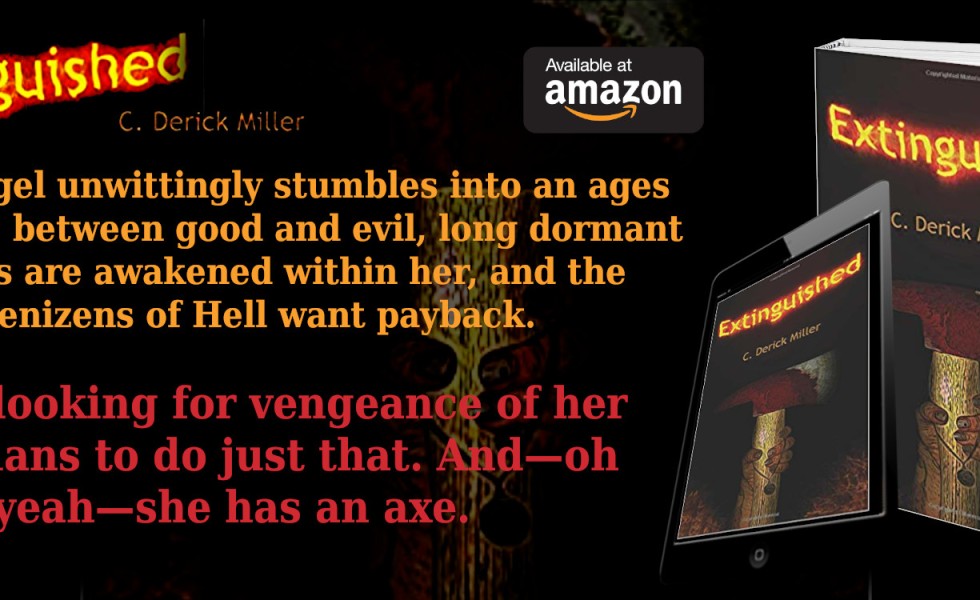 I had quite a bit of fun writing this one but it’s never really taken off like a I hoped. The reviews are mostly from women who love my ability to write a realistic female hero but there are a couple of shitty ones from a scorned ex husband. I deserve that punishment. I’ll claim that. The book doesn’t, though. What can I say? I was attempting to live out my drug and alcohol infused Hunter S. Thompson writer fantasy for a couple of years! Eventually, it caught up with me, both physically and mentally. This is my first work written during complete sobriety. It will always be special to me for that reason.

Angel Burns—a curvy, small town fire fighter with a mysterious past and a sharp tongue—has far more to worry about than her sexist jerk of a boss; she has a gang of demons out for her head. After Angel unwittingly stumbles into an ages old battle between good and evil, long dormant powers are awakened within her, and the denizens of Hell want payback. The only way to keep them from unleashing Hell on Earth is to lock each demon inside a Gutenberg Bible. Angel, looking for vengeance of her own, plans to do just that. And—oh yeah—she has an axe.

← Anthology Of The Year Nomination # 2
My Gonzo Journal – Wanging It →