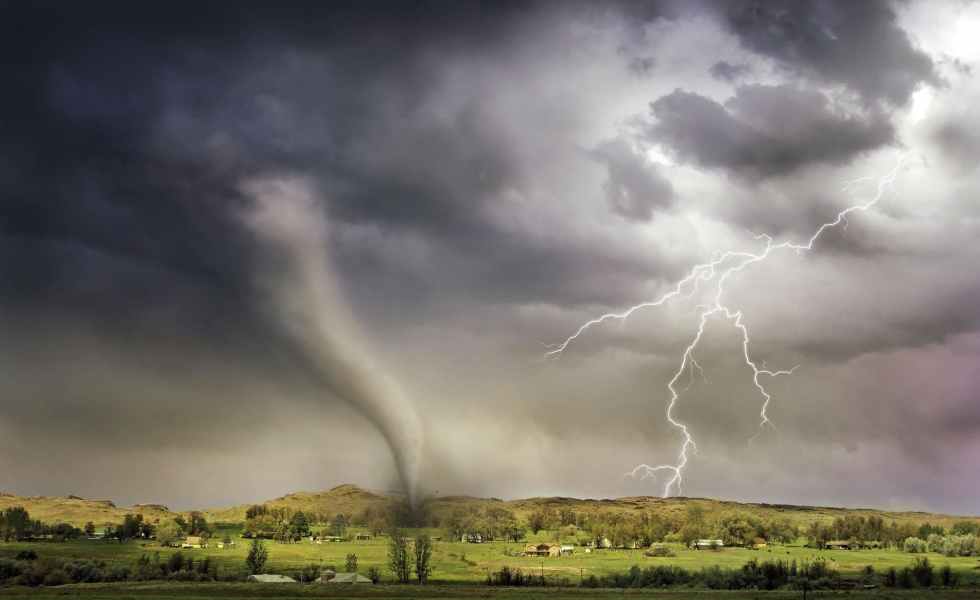 A good journalist NEVER reveals his/her source. All I’m doing here is repeating information given to me by a concerned citizen. It is entirely up to you, the reader, to believe the following passage. It won’t hurt my feelings one bit. With that said…

Few of Greenville’s residents are privy to the fact that a talented international voice of the entertainment industry lives among them. Heard on radio stations across the country and around the world via the magic of the internet, she is about to begin her third season of a show whose popularity is steadily increasing. Her audience grows weekly.

People listen to what she has to say. I am one of those people.

A few days had passed since Greenville’s horrific weather event when she reached out to me in a private message to tell her story. Whether or not the storm released a devastating tornado upon my hometown is a touchy subject between the convinced citizens and know-it-all National Weather Service, but that wasn’t the subject of the conversation. No, this was something far more disturbing.

(Keep in mind this person is still fairly new to the area and unaware of the fact Greenville’s dysfunctional tornado sirens have become birds’ nests.)

“I called police dispatch two days ago and asked them out of curiosity why the sirens weren’t activated for the last two tornadic storms,” my mystery informant stated.

“They (police dispatch) said they had no time to push the magic button,” she continued “I call bullshit! Also, we viewed the tornado from the field behind (location deleted so my source may remain anonymous). My lack of video proof is because I was safely in the bathtub after witnessing that. Twice this spring, tornado warnings with no sirens, even with straight-line winds in excess of 60 miles per hour. Also, when I called the police, the girl at dispatch thought it was laughable!”

Now, I can’t force my readers to believe this. I wasn’t there to witness the scenario personally. I will say that this person isn’t known for lies and exaggeration. Take it for what it’s worth. If it isn’t true, then we’re no better off than what we were before this information surfaced. BUT…if it is true…

I remember my childhood in the less-than-bustling berg of Greenville, TX as if it only occurred yesterday. It didn’t happen yesterday, though. It was forty long years ago with only flashes of everything that’s happened between then and now occupying my fragile, often tested mind. Tornado sirens scared the hell out of me!

There was nothing worse than standing on my grandmother’s couch, feeling the unusual springtime, cool breeze slapping me across my young face, with a spray or two of the falling rain across my cheeks to remind me I’d been instructed time and again to stay away from the window. I can still feel the hug of an elastic diaper around my thighs if I concentrate hard enough. More than likely, I was stuffing my face with Lucky Charms marshmallows and feeding the useless, yucky oat rings to the family dog. Mamaw (yes, that’s what we called her) was probably off in the kitchen whipping up my grandfather and uncle’s lunchtime chicken friend steaks, gravy, mashed potatoes, gravy, red beans, gravy, cornbread, and gravy. That’s a lot of gravy, man! Still, we all miss it and we’re all very hungry now. These people ate this daily and my grandfather lived to the ripe old age of 90-ish. My uncle is still alive. My gravy can beat up your keto diet any day!

Testing tornado sirens during a rain storm is the brain child of a deranged individual but, upon further reflection, sounds like something I would do for fun just to shake the nerves of my fellow citizens. This is probably why I was turned down repeatedly when applying to work for the City. With great power comes great responsibility…or so we’ve all been told over and over again since the beginning of the Marvel cinematic universe. Whether it be a tornado siren or a nuclear missile, we all want to be the dude who pushes the button, right?

When the first echos of those sirens would begin, the blood would run out of my infant feet and into my undeveloped brain causing an overload of what-if scenarios. Was this the real deal or a so-called test like my grandmother explained? Were we about to be blown into oblivion or just annoyed to the point of extinguishing the television set, unable to hear the lunch time antics of Hogan’s Heroes reruns over the wails penetrating the falling precipitation? It didn’t matter. The fear had already settled in and it was permanent.

I remember a tornado blowing the steeple off of a church in my hometown when I was a child and I witnessed the aftermath from our bathroom window every time nature called. The glowing work lights illuminated the horror in the night and I would find myself staring at it for minutes on end for no reason. I was mesmerized by the potential destructive power of nature even though I was too young to fully understand. I can still see the image in my mind as a middle aged adult. There’s still a bit of terror hiding subliminally behind that image.

As years passed, I remember the sound of those sirens being regularly tested but becoming more and more muffled. Birds began to build nests within their readily available sanctuaries and a lack of regular maintenance discovered their upkeep to be a lost cause in both the effort and financial departments. Over time, they went silent forever. Greenville’s early warning system for storms, terrorist attacks, and Jehovah’s Witnesses (yes, I think they used to activate them when someone spotted two little old ladies traveling through the neighborhoods handing out issues of The Watchtower!) was defeated by birds. Birds! If ever the realization comes that the men and women of this planet still play second fiddle to nature, this is one of the signs!

Today, whether you believe in climate change or not, we are forced to rely on less than current technology provided by the City to warn us all of the coming danger in a world with steadily intensifying weather incidents. I can only imagine (using logic by other examples available to me regarding Greenville’s infrastructure) that the system responsible for calling citizens is a Window’s 95 Compaq PC utilizing a dial up connection in the basement of the Municipal Building. Every now and then, a balding IT professional will go down there to make sure it’s still plugged in and run through a quick mission or two of the original Wolfenstein 3D contained on a 3.5 inch floppy disk. No sound card. Just a bunch of beeps and poots.

In the end, to ensure our own survival, we must rely on our own wits. Whether it’s the weather (clever, huh?) or the coming apocalypse brought on by Trump’s refusal to leave the White House when defeated during the next election and supported by extreme right wing white supremacists, we need to be mindful. Download apps and watch the skies, folks. The powers-that-be don’t care about any of us and I don’t need second hand information about a less-than-professional police dispatcher to fully understand this fact. We are responsible for our own safety and the well being of everything and everyone we hold dear. Still…the frightening screams of a tornado siren wouldn’t be such a bad idea for those among us who are too old and frail to understand sign-up links and smartphones. Also, I still find the thought of tiny children crapping their Pampers unexpectedly to be humorous. Do it for the Pampers, Greenville. Stop trying to waste money on run down, eye sore grocery stores so the most corrupt among you can have a fancier office.

Dear hometown, you obviously have the money to construct a new early warning system. Just wait until the pants are draped across the motel room chair before searching the pockets for funds. You obviously don’t like confrontations. I’ve read the numerous text messages and emails you’ve sent to other preachers of truth as an attempt to blackmail them into silence regarding misuse of funds, school tax swaps, and anything else you’d love to keep secret. When it comes down to it, you can’t blackmail someone who has little to lose.

Have an issue with the powers-that-be but don’t want to go missing for voicing your opinion? Contact me here or privately on any of my social media platforms!

Peace to the peaceful. Truth to the masses. Hell to the tyrants.

← Some Gave All? I’ll Give Half!
Random Madness? →

Big News: “And Hell Followed” and “Dig Two Graves” are nominated for 2020 Splatterpunk Anthology of the Year!